Each couple’s reasons for consulting divorce lawyers are highly personal. However, there are some common trends regarding the breakdown of a marriage, such as frequent arguing, infidelity, and unmet expectations. If you find that your marriage can be defined by any of the following characteristics and a resolution is not likely, it may be time to consult a family law attorney near Owings Mills regarding key issues, such as alimony laws and child custody issues. 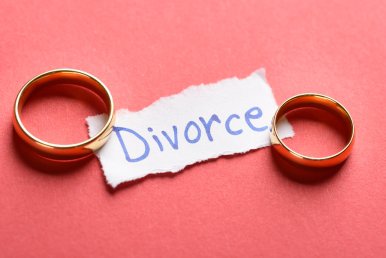 Infidelity
Many people consult divorce lawyers when they become aware that their significant others have engaged in an affair. Affairs often begin as friendships, which may then gradually evolve to infidelity. However, even if no cheating actually occurs, an emotional affair can be devastating for a marriage. Men and women cheat for a variety of reasons, such as to get revenge or to obtain reassurance about self-worth. Regardless of the reason, infidelity and emotional affairs tend to irreversibly destroy trust between spouses.

Codependency
A codependent relationship is broadly defined as one in which an individual feels reliant on the other person for identity, value, and meaning. Codependency often arises from a traumatic childhood and typically leads to relationship problems. Some of the characteristics of codependency include low self-esteem, overreactions, obsessive thought patterns, and dysfunctional communication. When individuals who suffer from codependency do not receive counseling for their challenges, the marriage may deteriorate and divorce may be the result.

Improper Conflict Management
Many couples cite frequent arguing as the overriding factor behind their decision to get a divorce. Spouses often fight over trivial issues, such as whose turn it is to take out the trash, which may then escalate into arguments about significant problems that never seem to be resolved. Couples who argue frequently may benefit from marriage counseling. A therapist can help spouses learn effective conflict management skills that may save the marriage. However, when this doesn’t work, or when one or both spouses remain uncommitted to working to improve the marriage, the help of divorce lawyers may be needed.