How Long Does It Take to Get Divorced?

In Owings Mills, Maryland, divorce law is a bit stricter than most of the country, although that has slowly been changing. In most cases, if the couple isn’t eligible for fault-based divorce or a mutual consent, no-fault divorce, then there is a minimum 12-month waiting period. This 12-month period is a legal separation, during which the spouses must not cohabit or have sexual relations. At the end of the separation, the divorce can proceed. The time it takes to finalize the divorce depends on the extent to which the spouses can agree to settle the major issues, such as custody and property division.

Spouses who do not share minor children and have resolved all issues out of court can seek a mutual consent divorce. Both spouses must sign the proposed settlement agreement. A court hearing may be scheduled in as quickly as 45 days from the filing of the paperwork. Another option is fault-based divorce, in which one of the spouses seeks to end the marriage because of issues like adultery, incarceration, or insanity. Some of these grounds may have their own waiting period. For example, divorce based on conviction of a crime can proceed only if the convicted person has been sentenced to more than three years, and has already served at least 12 months. 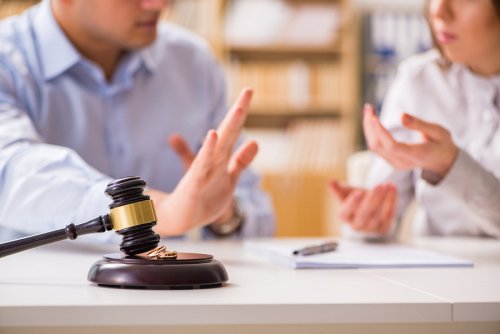