Ideally, both parents would wholeheartedly follow child custody agreements and work together cooperatively for the best interests of the children. Violations of custody orders only harm the child, and unfortunately, they are quite common. When child custody issues affect families in Owings Mills, a divorce attorney can help the non-violating parent find a good solution. It’s advisable to take action sooner, rather than later. Unless the violation was an honest mistake, it’s quite likely that the violating parent will repeatedly test the limits of the other parent’s patience. 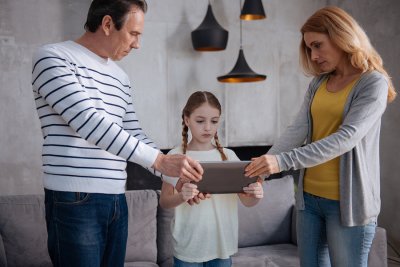 Parental alienation is arguably the type of violation that is most damaging to the child. It often stems from violations of the non-disparagement clause, which requires both parents to refrain from badmouthing the other parent in front of the child. Disparagement can take many forms. It can include hypothetical statements like, “Your father is always running late. I wonder if he even really wants to see you,” and “Looks like the child support is late again,” and “If you’d rather stay with your friends this weekend instead of seeing your father, that’s fine with me.” Disparagement of the other parent is so damaging because it causes highly impressionable children to turn away from the disparaged parent. In severe cases, the children may voluntarily cut off all contact with the disparaged parent because they’ve been made to think, wrongfully, that this parent is evil or abusive.

When the violating parent has engaged in disparagement and encouraged parental alienation, children often refuse to see the other parent. In other cases, the violating parent may decide to refuse to let the kids go with the other parent. Aside from protecting the kids from an imminent risk of harm—such as if the visiting parent arrives in an intoxicated state—there is no lawful reason to deny visitation. Late child support payments have nothing to do with a parent’s right to spend time with his or her children.

Even if visitation isn’t denied outright, the violating parent may attempt to interfere with it in some way. Violating parents might make a habit of scheduling doctor or dentist appointments during visitations, for example.